Stop Putting Up With It, Make a Change Now! 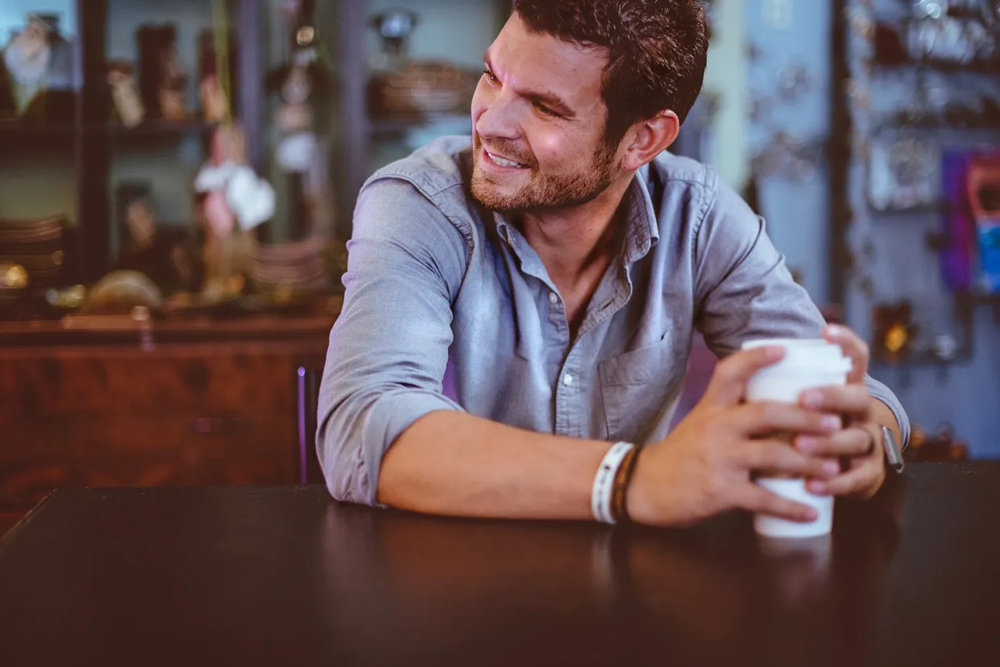 Hey guys, this one’s for you!

-Over 6 million men suffer from depression.

-Over 19 million men have an anxiety disorder.

-More than 4 times as many men as women die by suicide in the US.

-Approximately 1 in 5 men will develop alcohol dependency during their life.

Did you know less than half of men experiencing some form of depression or anxiety sought treatment (Source: National Center for Health Statistics)?

One theme I’ve found in my work with guys is the “it’s not that bad, I can handle it” perspective. Guys have a way of tucking away the frustrations, the anxieties, the stress, the anger etc. until they’re ready to blow. If someone around them suggests they talk to someone, their general reaction is “my situation is what it is and I’ll just play it out.”

Many have suggested that guys are less likely to ask for help, less likely to admit they have a problem (the pride factor) and there’s likely some truth to that…but I think another barrier to getting help that isn’t often discussed is the “I can put up with it” factor. We all have a capacity to deal with the hard stuff of life and we often overestimate how much we can manage. We underestimate the effect it has on our day-to-day lives. We endure and get used to living with the consequences. I use the analogy of a cluttered closet or garage. We keep stuffing stuff away and closing the door, convincing ourselves “it’s not a big deal” or “other people have it much worse.” Eventually we can’t close the door anymore because the “stuff” keeps pushing back and oozing out. When we finally are ready to acknowledge “the stuff” it seems overwhelming and we don’t know where to start – so we don’t. Sound familiar? Ever had a water leak behind the wall? You might choose to sand the drywall, spackle, and paint. Looks brand new! The problem is, it won’t last. Given time, it’ll end up going right back to what it was originally. It’s because the root of the problem hasn’t been dealt with.

Maybe you can put up with it (for now), but why should you? Things can improve. Things can get better. You can feel happier, healthier, and your relationships can improve. It takes work and effort but be encouraged; we can experience some relief from just beginning to open up.

I had a corner in my garage that drove me crazy from the time we moved into our house. It started off as storage for shoes when coming in/out of the house and slowly evolved to hold extra pantry stuff (and a whole bunch of other things). It was never thought out, never planned… it just existed as a mess that I’d walk by every day for 5 years. I never liked it, but I just accepted it for what it was. A few months ago, I finally decided to do something about it. I moved everything out and made some shelving units specific to what I needed in that corner to clear up the mess. While I’m no Norm Abrams, I was thrilled with the results. Now, when I walk by, I’m not just happy with the organization and lack of mess, I’m pleased I did something with it (enjoying the process along the way).

Guys, sure, maybe you can continue to live with whatever your garage mess might be, but why not work through it and be happier and healthier on the other side? It can be done! Maybe your mess is a broken relationship, maybe it’s living numb, maybe it’s using pornography or something else to escape what you’re feeling. Maybe you’re just exhausted and not sure why. Maybe it was an event that happened in the past that try as you might, you can’t just “get over it” and time is making it worse, not better. Maybe it’s something that has been building for years. You’re not sure of when it started to develop, but now you can’t avoid what it’s become. Maybe you want to be a better you for your marriage. Make the choice to do something about it.

I’ve had the privilege of getting to work alongside guys that are just like what I’ve described. They found change by taking the plunge and starting therapy. You can do it too. Contact me today, I’d love to help you unpack whatever you’ve been carrying around.

Nate Bailey is a part of a talented team at Lime Tree Counseling. He specializes in depression, anxiety treatment, grief, and addiction therapy. Please reach out to schedule an appointment if you’re ready to stop stuffing away issues and want to start facing them head-on. You’ll be glad you did!